This press release is issued in response to the recent claims about the print of Afghani banknotes and DAB Governor signature on it.

The contract for print of these banknotes was previously signed and signature of Wahidullah Nosher was placed on it.

The trip to Poland was planned based on the contract with the printing company. The purpose of the trip was to do a site visit to the printing area, not for signing the banknotes.

Recently, due to the concerns of the Representatives of the People (MPs), the trip is cancelled. 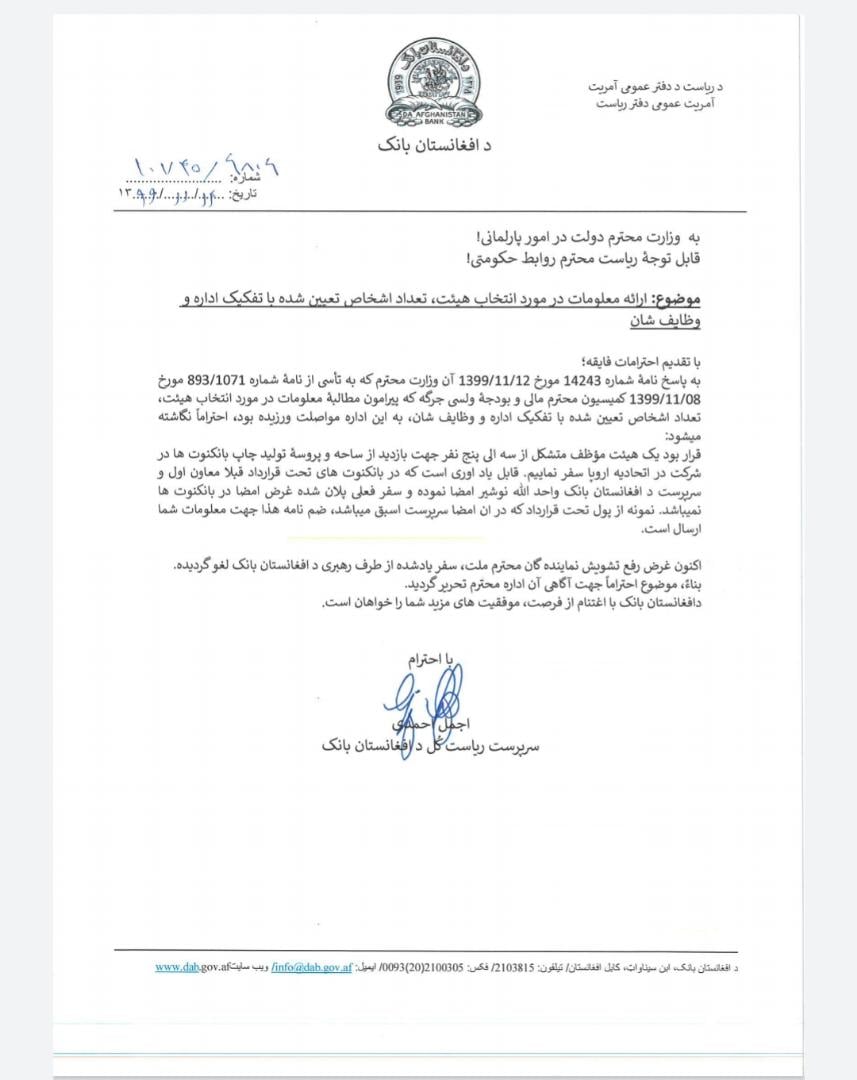 Following the previous meetings chaired by Mr. Abdul Salam Hanafi, the first Deputy Prime Minister of the Islamic Emirate of Afghanistan held at the High Council Hall of Da Afghanistan. . .

Efforts for Improving and Strengthening the Banking Sector of the Country

September 25, 2021 – A meeting aimed at coordinating the improvement and stability of the banking system of the country was held at the Headquarters of Da Afghanistan Bank. The meeting. . .